CCTV is an abbreviation of the word combination Closed Circuit TeleVision, that is a system of the closed television which it makes possible to transmit the signal from the underwater video chamber to the monitor in mode of real time.

As a technology the underwater television was used in the last century, more precisely since 1947 year. The Americans had tested the atomic bomb on the island Bikini in the Pacific Ocean and in order to determine how serious damages of the explosion would be, they first had tested the system underwater television to avoid a radioactive contamination of the divers. Since the similar transmitting helped to define the exact location of the underwater objects, to inspect the underwater parts of the ships and other hydro-technical facilities. But at that time TV camera did not have sufficient sensitivity for accurate image and its transmitting to the surface. 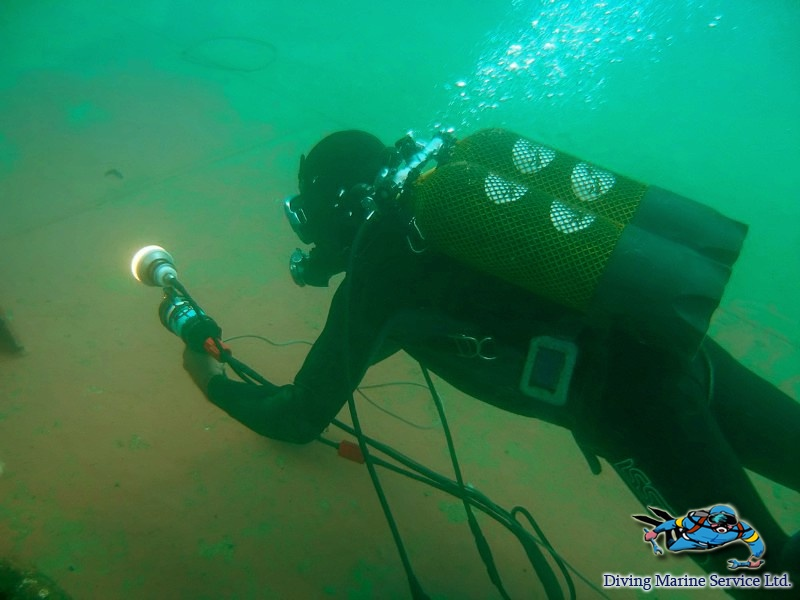 Today the video observation, underwater shooting, CCTV are an usual procedure both for the integrated system of safety and for search of the sunken objects. The underwater survey of the ships is also carried out by means of CCTV ships as the underwater television helps to perform a qualitative inspection of the underwater parts of the ship without docking and the divers’ work is monitored from the surface as well the contact with them. The underwater television, CCTV makes it possible to get an actual information about the real technical state, availability or unavailability of failure for all subjects being inspected. The diving survey by means of CCTV is carried out in mode on-line (real time) as well as it is possible to record it to the carrier for a detailed review and analysis of the information.

Here is a brief list of data which CCTV allows to obtain:

The systems of the underwater video observation can be analog and digital. Regardless of the type of the video observation system, it consists of the chambers which can record information at the specified depth, special equipment transmitting the signals, visual inspection devices, recorders. The underwater television is more often a wired analog chambers or digital monochrome chambers protected by the watertight housing. The chambers are equipped with system of light-emitting diodes or infrared reflector for good lighting of the inspected objects. The signal is transmitted by special reinforced cable and the information is displayed for estimation. The up-to-date system CCTV can be completely power independent due to the power supply from the storage battery.

Today the underwater television, CCTV became an integral part of the procedure for the underwater inspection of ships as well as a technology which makes it possible to see the tiniest details practically at any depth, in any point of world where there is a water element.