Underwater cleaning of ships hull. Cleaning and polishing of propellers

Today the biochemical corrosion which causes great harm to the ship’s hull and other marine facilities gives a lot of anxiety to the shipowners.

The hull bottom of the ship which returns from a long voyage looks like a huge “settlement”, colony of algae and other marine organisms. In spite of the up-to-date means designed to protect the ship against fouling, the similar outgrowth can be 500 millimeters in thickness and sometimes even more. The speed loss is 30% of the rated one, herewith the fuel oil consumption increases by the same amount. The regular underwater cleaning of the ship makes it possible to restore the initial speed by 95-98% and respectively to decrease the fuel oil costs which, as a rule, account for almost half of the operating costs. It is also advisable to clean and polish the propellers: firstly, decrease of cavitation which destroys the surface of propellers, secondly, saving effect the same as while cleaning and sometimes even more. That’s why the ship’s hull underwater cleaning, cleaning of the sea valves gratings and other structural members are so demanded today all over the world. 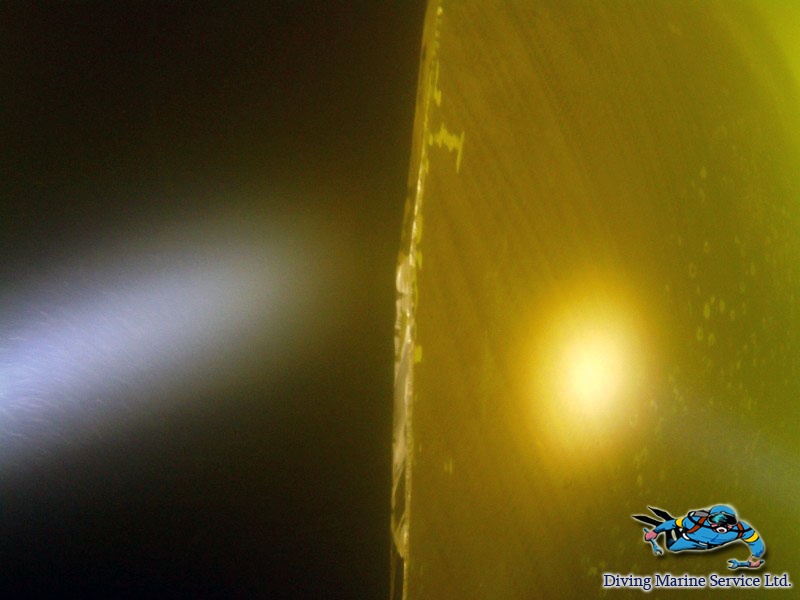 The up-to-date underwater cleaning of the ship’s hull is carried out by new effective methods but without rejecting the old time-tested.

Method of the hydrodynamic cavitation removes the fouling from the ship’s surface maintaining its varnish-and-paint coating. This method makes it possible to carry out the underwater cleaning where it is impossible to do it by mechanical method. The hydrodynamic cavitation is effective where it is required the cleaning of the vent distribution ducts, sea chest gratings, sea chests, valves and so on. The hydro-cavitation as a technology goes back by its origins to ancient 1894 year, and a copyright belongs to Froude, an English engineer. As a simple example of cavitation, normal boiling water when the steam pressure is equalized with the environment pressure and there are bubbles which flow to the zone of more high pressure. With this motion the bubbles seem to slam creating a strong shock wave. The principle of operation of the plant for the hydro-cavitation cleaning is based on the strength of high impact jet which is delivered under certain pressure. Steam-gas bubbles, coming to the surface which should be cleaned, collapse. Arising from this the shock wave cleans the hull and other structures against rust and fouling. The underwater cleaning of hull by means of the hydro-cavitation plant removes all without exception types of fouling, rust, paint; and its another advantage is that hydro-cavitation equipment has its absolute environmental safety. 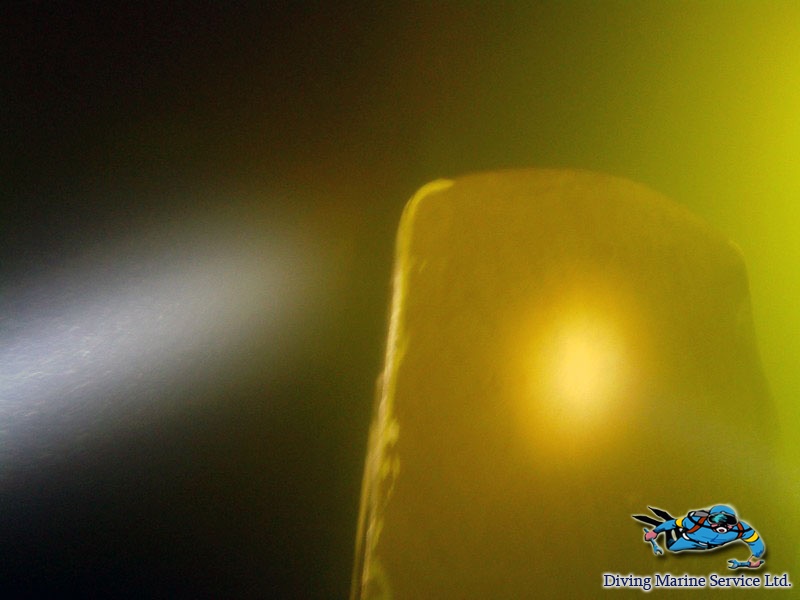 Method of the mechanical cleaning by means of the hydraulic metals is indispensable in case of heavy degree of fouling as well as when the ship should be cleaned very quickly during the ship’s stay at anchor or in port. The underwater cleaning by means of the hydraulic metals and by using the hydraulically-driven brush-machine is based on the action of the rotating machine equipped by a special brush, and the brush, in its turn, is driven by the hydraulic motor. Coaxial hose supplies the hydraulic liquid from the pump station arranged above water. Special design of the brush makes it possible to fit tightly like sticking to the surface being cleaned. Brushcarts-brushes can clean both the horizontal and vertical surfaces and can also remove practically all existing types of fouling (shell molluscs, algae and others). The hull main coating is not subjected to risk of damages in spite of rather powerful effect onto the surface of machine. This is owing to the special materials of which the brushes are made. The level of brush hardness is also selected depending on the type of fouling, so the varnish-and-paint coating is not practically damaged.